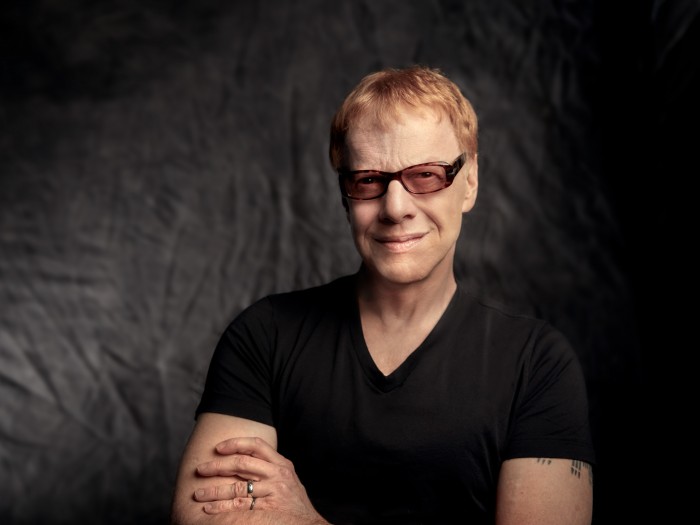 “Every child knows his melodies.” You’ll normally only hear this about rock stars. But Danny Elfman is a composer of film music. Yet, who doesn’t know how to whistle the theme from The Simpsons? Or the driving sound of Beetlejuice devised by Elfman in 1988, which became a hallmark for the comedy-fantasy film genre and for video games. Elfman provided the film score for nearly all movies directed by Tim Burton, invented the cinematic sound for Spider Man and Men in Black and came up with the main theme for Desperate Housewives. Hailing from Los Angeles and already a member of an avant-garde ensemble by the age of 19, Elfman has established himself as a fixture among the greatest film composers alongside Hans Zimmer or John Williams. However, among the soundtrack masters Elfman stands out for the distinctive character he lends his scores. With him, tubas and trombones play at a breakneck speed and violins are put through Paganini-like paces. And every soundtrack has its own unique idea which captivates the imagination of moviegoers over and over again.

Elfman has long felt that he had more to give than the music of his film soundtracks. “I don’t merely want to write music that is free from the influence of films,” he says. “Instead, it’s a compelling need.” For several years he has given this urge free rein and composes a work of New Music each year.

But only now has his composing reached a new level which is astonishing for the music world: Two years ago the Prague orchestra requested that he compose a violin concerto for Sandy Cameron. Elfman responded by composing the concerto as his first freestanding orchestral work. That he loves the late Romantic idiom and especially its masters shines through clearly in the violin concerto. But here it’s more like Tchaikovsky and Prokofiev have run into the groove of Beetlejuice.

The opening movement of his violin concerto “Eleven Eleven” already has a surprise in store with a remarkably complex sound – those only expecting sound effects from a film composer should look elsewhere. Initially, a number of sparing lines flow softly into each other, reminiscent of Samuel Barber or the famous late Metamorphosen by Richard Strauss. Elfman’s music takes listeners by the hand and draws them deeper and deeper into a fairytale world – and then the virtuoso violin soars to dizzying heights. Only later when bells and low brass come in can a sense of Hollywood pomp be felt. But of course in this case it’s a master musician referencing his own background with subtle irony.

However, this music is always dancing along the boundary between Late Romantic music and the emergence of atonal music over a hundred years ago. Today, this has an exceptionally invigorating effect. The big question about what direction classical music would take, which Mahler, Schoenberg and others were wrestling with, finds a new answer in this music once again. This time brimming over with joy and playful energy – but just as complex and smart.

Elfman’s second work on this new release is merely entitled “Piano Quartet,” and also has movement titles such as “Kinderspott” (Scorn of Children) or “Die Wolfsjungen” (The Wild Boys). As a piano quartet it makes a nod to Robert Schumann but also to the second flowering of New Music in Germany – for Wolfgang Rihm, too, adds illustrative titles to the movements of his chamber music works. Elfman’s tonal language reveals his profound knowledge of musical tradition, and also his musical sense of humor. In “Kinderspott” he uses melodies from rhymes children sing to taunt each other, such as “Selber, Selber” (same to you). And that of all things is transmuted it into a fullness of texture that would have turned Stravinsky’s head.

In the 20th and 21st centuries, film music is the art form of choice for retelling the history of music. Moviegoers are very willing listeners who surrender themselves to their feelings while also wanting to expand their notion of what music is. Elfman understands this and plays with it.

Click here to listen and learn more about the album